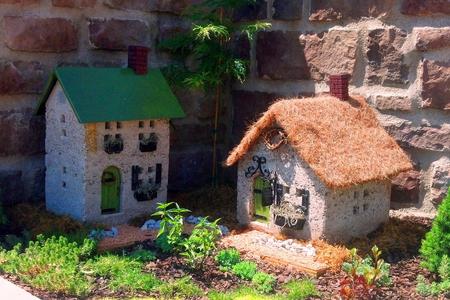 A Secret meeting at the Fairy Council...

The golden-red fairy stood quietly, his flame-like wings stroking the air inside the Council Chamber slowly, calmly. He hoped it would appear to all those gathered for this senseless--and secret--meeting that he was completely immune to the tension that filtered like dysfunctional Fairy Dust through the night's moonbeams dancing in through the windows. But Kyne was not immune. He'd simply been through all this before and had learned to ignore it.

"You understand what we're asking?" the council leader asked, clipping his words as if he'd prefer to be clipping Kyne's wings.

"Absolutely," Kyne replied. "You want me to spy on other Fairies."

"Then what word would you rather use? Stalk? Monitor? Survey?"

"Hmm, survey... now that's an interesting idea. But no, we simply want you to watch, to keep your eyes open for any Fairies who might be engaging in... you know... human-ish behaviors."

Kyne knew exactly what he meant. There were rumors that magical creatures in this region had been experimenting with the most forbidden of human activities. Apparently the Council felt Kyne was the appropriate one to find information on this.

"Why me?" Kyne asked, although of course he had a fair idea of the answer. "Why drag me into this?"

"I think you know why," the council leader replied, leaning forward on his perch and buzzing his wings. "You are more highly motivated than some. You are uniquely qualified to speak to the issues of human and Veiled interaction."

"I've never done anything to validate those rumors!"

At least, not so far as the Council could prove.

"If you don't wish the matter of your spotted record or your murky parentage to be brought into question here tonight, Kyne, then I suggest you cooperate."

Kyne felt his blood flowing hot. He had to strain to keep his wings still, to remain where he was and not fly across the room to show the damn council leader just how very unique he was. But that would only cause more trouble.

He clenched his fists, clenched his jaw, and clenched whatever else had a muscle in it. Somehow he would get through this and no one, not one magical creature in this whole damn hemisphere, would see him react. He could keep it under control. He had to.

"My parentage has nothing to do with my work or how I live my life," he hissed, since that's the only sound he could make right now.

"It has everything to do with it," the council leader said evenly. "I should think you'd take great pleasure in using your unique abilities for our benefit, not merely your own."

Pleasure. If the council leader had half an idea just how much Kyne knew about pleasure, he'd have made sure someone--any other Fairy in the world--had been placed in this position. Kyne, after all, was the worst possible choice to calmly and disinterestedly study the possibility of Fairies dabbling in human sexual passion.